How is my title insurance rate calculated?

Answer: The premium rates for title insurance are filed by underwriting companies qualified to do business in the state and approved by the South Dakota Division of Insurance. (See this table for a quick estimate of your insurance rate.) Your rate may qualify for a reissue credit no matter which company has previously issued your policy. At Pennington Title we verify rate calculation at various points in our settlement procedures to ensure you receive the best possible rate. Please contact us for an exact quote.

Answer: There are two basic kinds of title insurance:

Owner’s title insurance assures you, the owner, that the title to the property is properly vested in you and that it is free from defects, liens, and encumbrances (except those listed as exceptions in the policy). Owner’s title insurance lasts for as long as you, the policy holder – or your heirs – have an interest in the insured property. This may even be after you have sold the property.

Most lenders require mortgagee title insurance as security for their investment in real estate, just as they will call for homeowners insurance and other types of coverage as investor protection. When lender’s title insurance is provided by us, national lenders are willing to make mortgage money available in distant locales where they know little about the market.In Pennington County, it is usual and customary that the seller purchases the Owner’s Policy, and the buyer purchases the Lender’s Policy. For a quick estimate of your title insurance rate, see a table of our rates (fees for additional services may apply).

I’m refinancing; why do I need title insurance?

Answer: When you refinance you are obtaining a new loan, even if you borrow from your original lender. Your lender will usually require a new title search and Lender’s Policy to protect their investment in the property. You will not need to purchase a new Owner’s Policy; the one you obtained at closing is good for as long as you and your heirs have an interest in the property. Even if you recently purchased or refinanced your home, there are issues that could arise with the title. For example, you might have incurred a mechanic’s lien from a contractor who claims he/she has not been paid. Or you might have a judgment arising from unpaid taxes, homeowner dues, or child support for instance. Your lender will require reassurance that the title to the property they are lending on is clear. You may qualify for a special reissue credit through Pennington Title. Contact us for more details.

Answer: A §1031 Exchange is a strategy for the deferral of capital gains tax that would ordinarily arise from the sale of real estate. Pennington Title has the only Certified Exchange Specialist (CES®) in the state of South Dakota. Jan Kirch is an expert who is certified through the FEA®. For more information see our Exchanges page.

What are some common problems associated with the title?

Those involved in real estate fraud and forgery can be clever and persistent, which can spell trouble for your home purchase. In a western state, an innocent buyer purchased an attractive home site through a realty company, accepting a notarized deed from the seller. Then another couple, the true owners of the property — who lived in another locale — suddenly appeared and initiated legal action to prove their interest in the real estate was valid. Under the Owner’s Title Insurance Policy which insured the innocent buyer, bought for a one-time fee at closing, the title company provided a money settlement (to protect against financial loss). As it turned out, the forger spent time in advance at the local court house, searching the public records to locate property with out-of-town owners who had been in possession for an extended period of time. The individual involved then forged and recorded a deed to a fictitious person and assumed the identity of that person before listing the property for sale to an innocent purchaser, handling most contacts through an answering service. The identity of the notary appearing on deeds was fictitious as well. Fraud and forgery are examples of hidden title hazards that can remain undetected until after a closing despite the most careful precautions. Although emphasizing risk elimination, an Owner’s Policy protects you financially through negotiation by the insurer with third-parties, payment for defending against an attack on the title as insured, and payment of valid claims.

Conflicts over a will from a deceased former owner may suggest a study topic for law school. But the subject can easily turn to reality and all too quickly home ownership is at stake. After purchasing a residence, the new owner was startled when a brother of the seller claimed an ownership interest and sought a substantial amount of money as his share. It seemed that their late mother had given the house to the son making the challenge, who placed the deed in his drawer without recording it at the court house. Some 20 years later, after the death of the mother, the deed was discovered and then filed. Permission was granted in probate court to remove the property from the late mother’s estate, and the brother to whom the residence initially was given sold the house. But the other brother appealed the probate court decision, claiming their mother really did not intend to give the house to his sibling. Ultimately, the appeal was upheld and the new owner faced a significant financial loss. Since the new owner had acquired an Owner’s Policy of Title Insurance upon purchasing the real estate, the title company paid the claim, along with an additional amount in legal fees incurred during the defense.

When buying a home, it’s important to remember what you don’t know can cost you. A couple purchased a residence from a widow and her daughter, the only known heirs of the husband and father who died without leaving a will. Soon after the sale, a man appeared – claiming he was the son of the late owner by a former marriage. As it turned out, he indeed was the son of the deceased man. This legal heir disapproved of his father’s remarriage and had vanished when the wedding took place. Nonetheless, the son was entitled to a share of the value of the home, which meant an expensive problem for the unwary couple purchasing the property. Although the absence of a will hindered discovery of the missing heir in a title search of the public records, an Owner’s Policy of Title Insurance issued for a one-time fee at the time of the real estate transaction would have financially protected the couple from the claim by the missing heir. For a one-time charge at closing, an Owner’s Policy will safeguard against problems including those even an exhaustive search will not reveal. (Information on this page courtesy of Stewart Title Guaranty Company & the American Land & Title Association.) 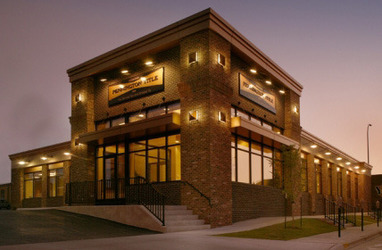